FIGHTING for THE RESULTS YOU DESERVE 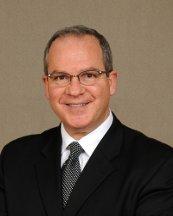 In 1982, he received his Bachelor of Science degree from the State University of New York, College at Brockport. Prior to attending law school, Mr. Sunness worked for the New Jersey Nets Basketball Team as assistant to the public relations director, and sold fine printing paper for Horwitz Paper Company, Elmira, New York, and Alling & Cory Paper Company, Syracuse, New York.

Mr. Sunness is married and has three children. He is also active in his community. He has served as president of Fort Collins Youth Lacrosse and vice-president of Northern Colorado Youth Hockey. He was named Coach of the Year by Colorado State University, and for the Western Region of the American Collegiate Hockey Association. In his spare time he enjoys playing the electric bass guitar and listening to music.